Football season is here! Wings are a classic game day recipe, but after a while, the same dull wing recipe can get old. There are a lot of weekends between now and the end of football season, so having a few tasty wing recipes for Game Day is a must! There are so many unique wing flavors and recipes out there, and you can’t go wrong with any of these! No matter what kind of flavor you are craving, there is a wing recipe that will work for you!

Looking for healthier options?  Don’t fret…many of our recipes are NOT fried and are simply prepared in the oven, slow cooker, air fryer, grill or smoker.

Here are 25 chicken wing game day recipes to make for your next football tailgate or game viewing party:

Try some…try them all!  Don’t forget to come back and tell us which ones are your favorite(s)!  Enjoy! 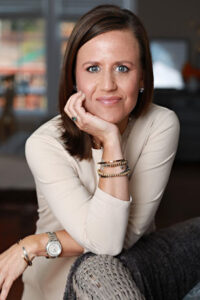 Allison Caudle-Abbott is the Owner and Broker-In-Charge at Southern Lux Living.

Raised in Raleigh as the middle child of three daughters, Allison Caudle Abbott grew up watching her parents balance family life with business ownership. She followed in their footsteps, now splitting her time between her role as mom of two daughters in her newly blended family and her role as the Owner and Broker-in-Charge at Southern Lux Living.

A REALTOR® / Broker since 2007, Allison is in hot demand, serving the real estate needs of the Triangle and surrounding areas. She co-opened an international real estate company in 2014, which grew to over 50 agents, closing over 800 houses a year. Allison herself has been listed among the top agents in the North Carolina, having sold over $300 million in real estate. She holds multiple awards for being Top Producer in the industry.